About Libby | our Founder

Same person before and After

is natural and indistinguishable as surgical enhancement –

Yours should be too. That’s what we Like me I want my clients to enjoy the natural results that do not scream ‘plastic surgery’ and can withstand the test of time.

Plastic surgery advice designed to help you in not only looking good now;- but one, five, or even ten years time.

Below are some press logos of publications we have appeared in. There are numerous other feature not covered here. 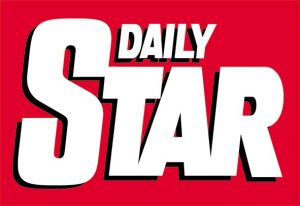 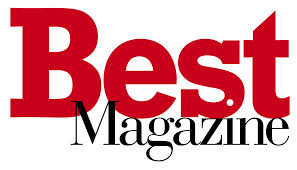 Situated in a quiet location in the historic city centre of Prague. Our priorities are professionalism, reliability, responsiveness, and fully standardised operating procedures.

We provide only the best and long-tested operating methods in accordance with EU standards.

Plastic surgery advice from a genuine Guru. Since forming Europa international in 1996, Libby and John have taken to Prague more than 20,000 patients. More importantly delivered them all home safely-  every single one of them. A one hundred percent track -record.

Below are three images, which reflect the passing of time and what can be done to correct the external ageing signs. Agree not for everyone and perhaps we can be accused of vanity, but as with everyone it’s –  their choice!  Please note we are now both retired; but happy to offer free and unbiased advice.

Originally from Prague in 1970 she married John, then moved to England where she has lived ever since.

I shall begin my story, with what really should be the latter part of the story.

Plastic surgery for the over 50s is something I can empaphise with.

Whilst always having a fascination with cosmetic surgery I became especially interested when I felt that I  might be in need of some- myself. This all began around 1993, when I also learned this little known fact at the time that my own country Czech Republic (Czechoslovakia as it was then) has been at the forefront of plastic surgery since around 1914.

Before embarking on this adventure I devoted more than two years to research. Determined to learn everything there is to know about this branch of medical intervention. Along  the way, amongst other things, it meant visiting almost every plastic surgery clinic within the Czech Republic.

Actually, I was the world’s first to offer to (market) Czech plastic surgery to foreign clients.

Since then I have seen many changes and gained invaluable insights into what works, and what doesn’t. Thus along the way learning the secrets of how to achieve the best results in both the safest and most cost-effective way.

Our focus Plastic surgery for the over 50s

If today you name me any plastic surgeon in Czech Republic-chances are- I ‘ll know them. Of course, over almost twenty years many surgeons have retired and been replaced by a new generation.

In UK I have seen the rise and fall of a number of clinics.

Each year it seems either a new one appears or indeed -another one disappears. In the UK I also see a lot of hype too with a number of heavily marketed (totally useless) fad procedures coming and going along the way. Originally introduced to a blaze of glory but going out without so much as a whimper.

Many of our UK enquirers expect our clinic to offer them too, and are often disappointed when we say no, even though we help save their valuable hard earned money.

Indeed when we say no its assumed its due to the Czech republic being less advanced! Which in effect the opposite. Amidst all this confusion no wonder patients are more vulnerable. Apart from great architecture my abiding memory of San Francisco was asking for a large Pizza . I then discovered the American “large” Pizza really was large!    It would have comfortably fed six people!> We felt this age category has little coverage. So forgive the indulgence.

In closing, I realise cosmetic surgery is never going to restore the face, and body,I once possessed as an eighteen-year-old.

But whilst I can I want to enjoy, instead, of recoiling every morning when looking in my bathroom mirror.